Some of the world’s most intelligent and amazing people have not been the world’s greatest spellers.  Look at F. Scott Fitzgerald, who was once labeled a ‘lamentable speller.’  He ended up doing ok, right? And there are plenty more where he came from.  Other lamentable spellers include Jane Austen, Albert Einstein, John F. Kennedy, Jr., and even Alfred Mosher Butts (inventor of every nerd’s favorite word game, Scrabble).  All this is really good news for my little genius. 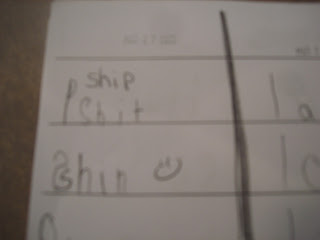 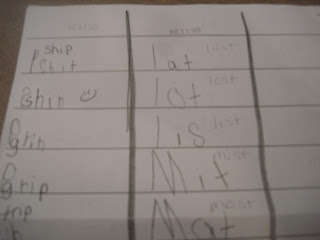 If you look carefully, you’ll notice that the first word on the list is ‘shit.’  Now, unless the Kindergarten teacher really wants the kids to have a colorful vocabulary at an early age, I would hazard a guess that this is not the intended word.  In fact, you can see that the word should be ‘ship.’  I’m sure the teacher had a nice laugh as she corrected this one.  Note to Kindergarten teachers everywhere:  ‘ship’ is an unfortunate spelling word for these youngsters…lots of room for error here.

I considered writing a quick note to the teacher, something to the effect of:

“Dear Teacher,  I must apologize for my son’s abhorrent language on the spelling test.  I don’t know where he gets the idea he can say shit like that.”

I wondered, though, if she would find the humor in my note.  So I abstained and instead decided to save this little gem of a spelling test for him to see when he’s older.  This is scrapbook material, people.

In the meantime, we’ll keep working on our spelling words.  Bad spellers of the world, untie! 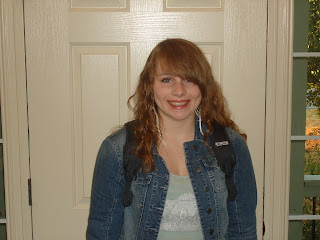 Micaela has many facets.  Currently, one of her personalities is gangsta rapper girl.  (Please, do not tell her she is a red-headed white girl living in the suburbs.  This will greatly upset her, and as it is, we are maintaining a fine balance of hormones, mood swings, and general teenage angst.)
Being the street-wise and talented rapper that she is, she can often be heard hittin’ a beat and making up her own lyrics to describe just about any situation in daily life.  It can be quite entertaining–fo realz, yo.  Just the other day, she gave quite an outstanding performance dedicated to the Taco Bell Cool Ranch Doritos taco.  It was brilliant.
This is Jadon. 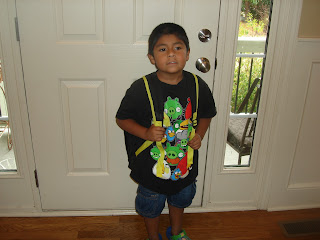