Protesting is an age-old way of demonstrating our displeasure with certain situations, and apparently it is a built-in skill that even the youngest among us are able to master.  I have the photographic evidence to prove it.  You will soon see my youngest boys in the act of protesting, and I can sympathize with their plight.  Truly I can.

Things I have protested:

So when the boys were told the other day that they could not stay up past their bedtime to watch TV with us, they decided to have their own little protest–a hell-no-we-won’t-go of sorts.  They did it on the sly, and they were VERY sneaky and VERY quiet.  In all honesty, they were good little protesters.  Until they fell asleep.

They snuck out of their bedroom and set up camp on the stairs, apparently watching TV from their little hideout just out of our field of vision.  But alas, protesting is not for the sleepy or non-caffeinated.  This is how we found them in the dark as we headed up the stairs for bed a little while later: 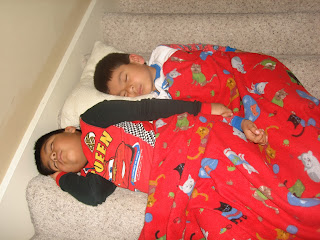 A lot of fun coloring eggs…and some overdue pics.  Here are my really good eggs getting creative. 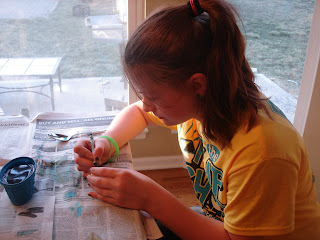 Marissa, being very precise and organized. 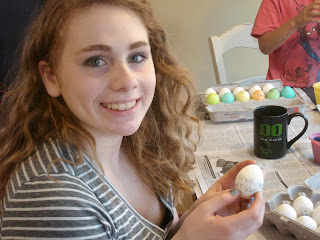 Micaela, showing off her masterpiece. 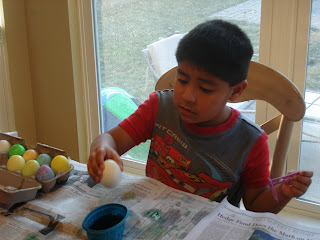 Jadon, getting ready to plunk an egg and create a big splash. 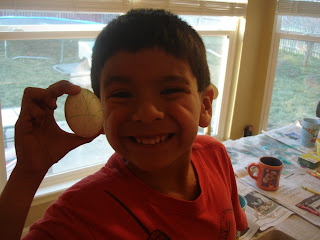 Jordan, VERY happy with his creation.