Tortoise.  As demonstrated in the age-old children’s tale, The Tortoise and the Hare, these creatures may be steadfast, but they are SLOW.  I can totally take a tortoise.
Donut.  Ok, if it’s rolling down a hill, maybe not, but if it starts to outrun me, I would totally eat it.
Snail.  I have seen these things move across the fish tank, and they are SO not fast, and I am also an avid watcher of Spongebob, so yeah, pretty sure I can one-up the snail.
Manatee.  Since they are primarily water-dwellers, I’m pretty sure I would have an advantage anyway simply by throwing the poor thing onto the pavement and asking it to run.  So, yep, gonna outrun it.
Loaf of bread.  Those are pretty rectangular, so not a lot of forward movement there.  I got that one for sure.
Buddha.  I don’t know a lot about him, but I think he just sat there and had the big-belly thing going on.  So if he were here and he decided to have a throw-down with me, I would put money on me.  But I’m pretty sure Buddha would think it’s not cool to place bets.
That lady at the casino with two cigarettes who’s pulling the oxygen tank.  Chances are she’s not leaving her slot machine anytime soon, so I’d get a head start, AND she’d still be hacking up a lung by the time I crossed the finish line.  Yay, me.
So that’s my list, and now that I’ve come up with it, I’m feeling pretty damned good about myself.  Here I was thinking I was a slow-assed runner, and now that I think about it, there is a whole slew of people (and things) I can outrun!  My day just got exponentially better.
I think I’m starting to figure this running thing out though.  I’m pretty sure the trick is to work on FORWARD momentum instead of up-and-down momentum.  I seem to spend most of my energy bouncing and not really getting anywhere, and as a good friend of mine suggested this morning, I need to focus more on making running my bitch.
So I’m gonna start a smackdown.  I’m gonna kick some ass and take some names…just as soon as I can feel my legs again.
Today’s WOD wasn’t for ourselves.  It wasn’t for the sole purpose of beating up our bodies and seeing how far we could push ourselves just because.  We did it in honor of every hero who fell on 9/11—and for that reason, this workout is built to be one of the toughest workouts we do.  And it didn’t fall short.  I speak for myself when I say lungs were burning, muscles were screaming, and sweat was pouring, but I’m pretty sure all of my fellow WOD warriors would agree that not a single one of us thought of stopping.
Here’s what we did:
1-mile run
11 box jumps
11 thrusters (85 lbs. for ladies)
11 burpee chest-to-bar pull-ups
11 power cleans (120 lbs. for ladies)
11 handstand push-ups
11 kettlebell swings (50 lbs.)
11 toes-to-bar
11 deadlifts (120 lbs.)
11 push jerks
1-mile run
Here’s why we did it: 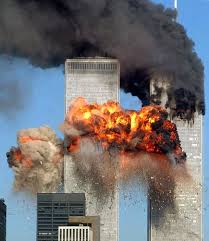 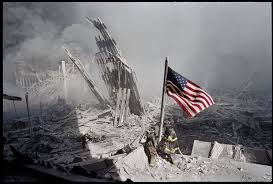 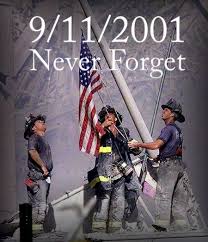 It’s been a long summer, and I’ve missed you so. 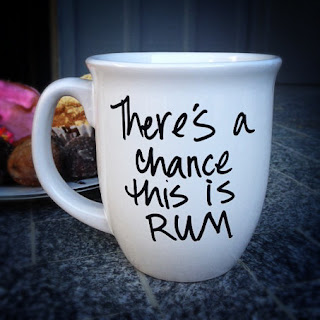 After sitting on my butt for a while (and doing some writing…while sitting on my butt), I’ve joined the exciting world of retail again, and I have some observations I’d like to share, starting with a couple little experiences from today:
Also, here is a quick reference chart to some commonly-asked questions (you know, just in case you are feeling snarky):
Q:  Will my daughter keep this headband on her head?
A:  Probably not, but it will make a great slingshot.
Q:  Do you have REAL shoes?
A:  No, ours are definitely fake.
Q:  Will you watch my kid for me?
A:  Sure, but I lost the last one.
Q:  So the ENTIRE store is on sale?
A:  Well, we actually define the word ‘entire’ differently here.  It’s really very complicated.
Q:  (8:59 p.m.)  What time do you close?
A:  As soon as I can manage to get your ass out the door.
Ok, so really, as cheeky as I am, I am honestly having a great time in my new retail adventure.  People are FUN!  (And funny!)